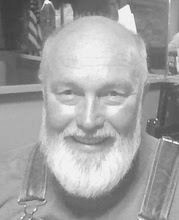 Before I share the reason I made the big switch from James Lankford to Jackson Lahmeyer for the U.S. Senate, I want to share a little information about my relationship with James Lankford.

I first met James in 2009 when he attended a patriot pastor luncheon hosted by Paul Blair of the Fairview Baptist Church in Edmond. James and I agreed to meet a few days later where we had about a two hour luncheon. I was impressed with his communication skills, basic understanding of issues and was convinced he was called by God to run for the U.S. House seat being vacated by Mary Fallin to run for governor.

While the Oklahoma Conservative Political Action Committee (OCPAC) does not contribute to federal races, we do make endorsements. We interviewed the candidates for that seat which eventually produced a Republican primary run-off race between Kevin Calvey and James Lankford. To be honest there was not much difference between Calvey and Lankford in our interview process. However, Kevin had a legislative record and I was disappointed in several bills Kevin had voted for and his overall score on the Oklahoma Constitution newspaper’s Conservative Index. While his score was respectable, Kevin was not top tier by any means.

While our members voted to endorse Kevin and I supported him in my “Charlie’s Picks” for the primary race, by the time the primary runoff occurred, I had switched my support to Lankford. My picks rarely differ from those of the OCPAC members, but this was one of those times. I did take heat for switching, but that goes along with the turf when you are active in the political process. I know that was a disappointment to Kevin, but we have worked together on several projects since that time and I strongly encourage support for Kevin’s re-election to the Oklahoma County Commissioner seat next year. The Bernie Sanders revolutionary Marxists despise him and the job he is doing as an Oklahoma County commissioner.

Lankford beat the Democrat in the general election, but sometime before the general election occurred, Congressman Tom Cole took James to Washington to meet with John Boehner, Paul Ryan and other movers and shakers that make up the Republican establishment in Washington. Today we refer to those folks as the “swamp creatures.” It is no secret that I believe Tom Cole’s influence upon the Republican party along with the many minions he has produced from his stable of proteges are the biggest problem upon the Republican Party In Oklahoma.

I became very concerned when James hired Randy Swanson as his first chief of staff. I would describe Swanson as one of Cole’s top right hand men. Later on, Lankford would bring another person on board from Cole’s stable as his chief fund raiser.

By this time the influence was significant. With Cole’s backing, Lankford, as a freshman Congressman, ran for and won the 5th most important position within the Republican caucus. James was becoming a rock star among establishment Republicans on a trajectory that had significant upward potential.

A part of our relationship included a fund raiser I hosted in my home for James when he was first running for the House, and sometime after he was elected, James and Cindy came to our home for breakfast. For some time after the election I would call James with information I believed to be important to his performance as a Congressman, and he would call me from time to time to gauge the opinions of the conservatives in the district.

With time, our conversations became somewhat contentious, as I would contend Speaker Boehner was at best incompetent when it came to dealing with the Democrats. I shared he was like a child playing T-Ball with the Democrats that play hardball. At worse, perhaps Speaker Boehner was such a swamp creature and he would be more like a modern day Liz Chaney, more of a Democrat in his ideology than that of a conservative Republican.

When Senator Coburn resigned, OCPAC hosted the first candidate forum for the top three candidates: Congressman Lankford, former State Senator Randy Brogdon and former Speaker of the House, T.W. Shannon. At the time, I could make a case for any of the three of them to be elected. Though Shannon was out of Tom Cole’s stable, at his core he was far more conservative than Cole, and was and still is, the most conservative Speaker in State History. However, my position was that the most consistent conservative of the three was Brogdon, something I still believe to this day. However, the voters chose Lankford without the need of a runoff.

At first it looked like Lankford was going to govern more conservative in the Senate, perhaps with less influence from Congressman Cole. However, that didn’t last long, and to be honest, I had become so disgusted with his performance that I really had little desire to talk with James. After about three years of no communications, I bumped into James at the Turner Turnpike parking lot where we had a cordial conversation, basically catching up on family happenings for each of our families.

However, James continued to make foolish decisions, and being one of our regular readers of the weekly OCPAC emails, he began to call Bob or me to explain his side of the issues. On at least a couple of those times he wanted to come to our meeting to try and smooth things out with the members of our rapidly growing organization.

A couple of things occurred that did seem to be the tipping point for many Republicans who formerly supported James. After publicly announcing several instances of voting irregularities in the November elections, and his intentions to not recognize the electors from a couple of the states, the incident which happened at the Capitol on January 6th changed his mind.

James was actually speaking in the well of the Senate when he was informed of the breach at the Capital. He was visibly shaken and then escorted off the floor to a place of safety. It is understandable for him to be concerned at what was going on. However, with bizarre reasoning he refused to vote his previously stated intentions regarding the voting irregularities in at lest two states.

As bad as that was, the thing which caused me to say I was finished with James, was the apology. Oklahoma has two black State Senators and five black State Representatives. I believe all of them to be radical Bernie Sanders socialist revolutionaries. I believe all of them to be un-American and those that claim to be Christian, at best they have a very poor understanding of Biblical Christianity. One of our black lawmakers explained to James that his questioning of the election outcome primarily centered on the vote totals in big city areas of the states in question, and those were populated primarily by black people. Therefore, that questioning was hurtful to black voters, and so James apologized.

I saw James at the state Republican convention and visited with he and Cindy for a couple of minutes before I told him I would no longer support him and would look for another Republican Candidate. James was obviously surprised and probably felt some sting of rejection. I explained to him the reason was in all the years he had been in Washington he had yet to learn that he cannot be all things to all people. I went on to tell him that in the day in which we now live, everyone must determine the good guys from the bad guys in our badly divided society. They must get on the team with the good guys and not give ONE INCH to the bad guys. I believe James has cared more about being “bi-partisan” and getting along with people, than fighting and contending for truth and what is good. James should have resigned from the Tulsa Race Commission the moment that the Commission told Governor Stitt he was no longer welcome on the Commission.

I believe Jackson Lahmeyer is willing to fight for truth and what is good. He is a man of courage and has proven such in the face of the city of Tulsa trying to shut down his church, as well as radicals from Black Lives Matter. They have tried to put him in a closet of fear by calling him a racist. He sluffs that off since his wife is Hispanic and close to half his congregation is black.

James will be difficult to beat, but Jackson is gaining tremendous momentum. He is raising more money than his goals, mostly from Oklahoma donors rather than big special interest groups that are backing James. Perhaps the best endorsement for Jackson comes from the Washington Post, Rachael Maddow and other left wingers, who would normally never support Lankford. However, in this case they much prefer the establishment Senator over a true Conservative with Biblical values like Jackson Lahmeyer. As for me and my household, we have made the big switch from Lankford to Jackson Lahmeyer.

Charlie Meadows is the founder and former president of the Oklahoma Conservative Political Action Committee (OCPAC ). He now holds the title of President Emeritus. He may be contacted at: charliemeadows7@protonmail.com