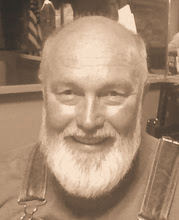 Perhaps the best thing that came out of the Communist Chinese virus attack on America and the rest of the world was how the Oklahoma Conservative Political Action Committee (OCPAC) adapted to the shut down in April of 2020. There were no restaurants open to have our meetings, and the timeline for vetting candidates couldn’t wait.

In previous years we vetted candidates at our meetings which occurred in a public forum. This method was fraught with problems. There were times a candidate would not show up, but would send a supporter to gather our questionnaire of one or more of the candidate’s opponents to use against them with direct mail pieces. Sometimes candidates would secretly record their opponents to find something they could use against them in the political process.

Other problems occurred when a candidate was asked a question that got a positive response from the crowd, and the other candidates would answer the same way, whether that was their true belief or not. In other cases candidates would be asked a question which received an incomplete answer and the next person asking a question would go a completely different direction, thus not facilitating a follow up to the previous question.

If we had four or five candidates present, and only an hour long meeting, this process allowed for serious mistakes. About 20% of all the candidates we supported and that got elected turned out to be liberal RINOs (Republicans In Name Only). It wasn’t that our members were voting for the wrong candidates based on what we heard, the problem was in the public process which allowed some of the liberal candidates to misrepresent themselves and thus slip by.

Fast forward to 2020 – we had to vette candidates using a different method. Therefore, OCPAC President Bob Linn or board member Reed Downey and I would travel to wherever necessary to interview candidates one at a time.

Our first effort entailed Bob and I traveling to Altus to interview the two candidates for an open house seat. Most of the interviews lasted an hour and a half or a little more – plenty of time to do follow up questions. On the way home, we interviewed two other candidates, both of whom were running against RINOs. The final candidate interview was done in his home where we finished about 8:30 p.m.

We would always tell the candidates the process was not a “gotch you,” but rather was intended to discover what they knew and understood. If we had a different understanding on an issue, we asked to have the freedom to explain that difference for their consideration. Most candidates have a very shallow understanding of conservative principles. As such, much of our time would turn into a seminar for conservative and Constitutional ideology.

Throughout the season we drove to additional places like Chickasha, Ada, Eufalla, Sallisaw, Tulsa, Stroud, Perkins, and of course the Oklahoma City metro area which includes Guthrie to Norman to Yukon and Oklahoma City itself. This was a lot of work and entailed a fair amount of expense on our parts, but well worth it.

What has been the outcome of those efforts? During the primaries, our efforts to remove RINO incumbents didn’t go that well, only winning two of those races. Running against incumbents is a very difficult task, but something that must be done if you want to improve the quality of the Legislature. We were close on a number of those races that we didn’t win. Certainly not every candidate we interviewed received our endorsement and financial support. We even found a Republican candidate in Norman that thought a woman has the right to abort her preborn baby for any reason. She lost a close general election race, but is running again this year.

When it comes to the performance of these newly elected 15 lawmakers, based on their scores in the Oklahoma Constitution newspaper’s Oklahoma Conservative Index, this is where we really see the results. No more 20% RINOs elected. In fact, the lowest score of any candidate we supported on the Index was one lawmaker who scored a 70 percent, all the rest scored in the 80s, 90s, or a 100. While I don’t like that our dues-paying members don’t get to vote on who we support, our objective is to improve the quality of the Legislature. I hope the outcome has earned the trust of those who pay the dues that enable us to have the money to contribute to good candidates.

Going forward ,at the age of 75 and having recently seen my mortality up close, I have picked three younger people that are very sharp to help. I am currently training them to vette candidates. As of April 24, we have have vetted 4 candidates and have about 35 more to go for the primary season. The three younger proteges are picking this up very quickly, a large part of what they need to learn is some of the institutional (historical) knowledge that I have retained over the past 35 years of my activism. As we interview these candidates, we will be presenting our findings to the OCPAC board members who will then determine which candidates we endorse, contribute to, and the amount we contribute.

As we further refine this method, I believe it may become the model used by other groups in other states to find the best candidates to serve the people and improve their own state. Over the years I have had an opportunity to speak about the accomplishments of OCPAC, and how we have operated to do our part in changing Oklahoma from the deep dark blue state of 30 years ago, to perhaps the brightest red state in the nation today.

We are in a battle for the soul and future of our nation. We can only be saved by a Spiritual Awakening and learning to take Biblical Principles and translate them into good public policy. That may scare non believers. Little do they know that by doing so, it will allow the greatest amount of prosperity and liberty for both the believer and non-believer alike.

Charlie Meadows is the founder and former president of the Oklahoma Conservative Political Action Committee (OCPAC ). He now holds the title of President Emeritus. He may be contacted at: charliemeadows7@gmail.com