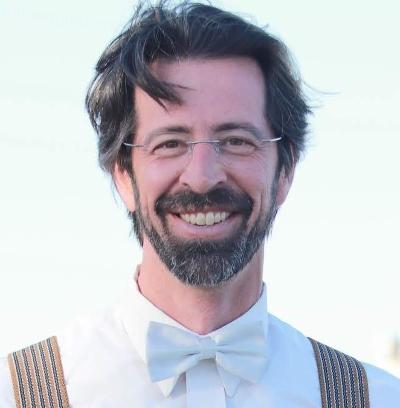 The Babylon Bee recently posted this satirical headline: “Planned Parenthood Hires Long-Range Snipers To Perform Abortions In Red States.” This is funny because abortion is supposed to be criminal in “Red States,” defined by media as conservative, pro-life, Republican-controlled. Therefore, abortion snipers could kill preborn babies in Red States without being guilty of a crime if they pull the trigger across the State line in a “Blue State,” defined by media as liberal, pro-abortion, Democratic-controlled. (Ironically, it is communist States that have historically been called “red” for the last one hundred fifty years).

The joke only works because nearly everyone assumes that abortion is now criminal in Red States like Oklahoma. If everyone knew the truth, the joke would not work. You may recall the Oklahoma State University (OSU) student who recently told us, “My friend bought the abortion pill. She used it to murder her baby; then she delivered her victim, her own child, into the toilet.” This was legal!

In previous articles we have shown you the pro-life legislation which gives every woman in Oklahoma the legal license to commit murder. While it is now illegal in most circumstances for doctors to perform abortions, it is completely legal for any woman in Oklahoma to solicit an abortion and perform an abortion by any means whatever, whether that be by pills, chemical concoctions, injections, or even coat hangers. They can easily obtain instructions online from hundreds of websites, and the means are delivered within hours right to their front doors next to their Amazon packages. These types of murders have become the new normal.

According to Guttmacher Institute, the research arm of Planned Parenthood, over ninety percent of abortions are committed within the first trimester of pregnancy. Additionally, we know that abortion pills are effective well beyond the first trimester and that, as of 2020, over half of all abortions were already being administered chemically. With no overhead for offices and staff, the advent of telehealth, and no in-person office visits, the abortion industry has already easily pivoted towards a program of full-scale, do-it-yourself, mail-order abortions. Because women have been given a license to murder their own children by abortion, stories like this one from OSU will be repeated thousands of times per year in Oklahoma and other Red States which are following a similar policy of immunity for women.

Private data collected by a Christian pregnancy clinic in Oklahoma shows a 306% increase in online inquiries during the summer months following the release of the Dobbs opinion. Furthermore, whereas keyword searches had been predominately for “abortion clinics,” there is now a pronounced increase in searches for “abortion pills.” Volunteers at the clinic reported receiving calls asking, “How do I get the abortion pill?” and “Do you have the abortion pill?” Some callers reported they had taken abortion pills and were experiencing complications. Some women shared that they obtained pills from other States, on the streets, and even by mail from India. One study cited across several pro-life news outlets reported a 500% increase in emergency room visits related to “miscarriage.” These visits are actually women checking themselves in after taking abortion pills.

Getting out the disastrous truth about abortion in a pro-life State is a challenge because the established leaders of both major political parties and the media are only interested in a preconceived narrative that calls for two sides. That makes it easy to set up heads-I-win-tails-you-lose political realities and choices. The media reject any narrative that does not fit the left versus right script.

For example, on 29 June, Oklahomans United for Life (OUL) received the following request: “Hello from The Oklahoman! Would someone from your organization be willing to submit a 500-600 word response to the Supreme Court’s decision to overturn Roe v. Wade? We would like an op-ed for this Sunday’s opinion section…” That same day we submitted an article revealing the truth that abortion is still legal in Oklahoma and exposing the lies and misdirection of many leading pro-life politicians. That requested op-ed was immediately rejected by The Oklahoman with this comment: “We’re looking for commentary in support of the ruling… Let me know if you’re able to submit a separate essay to meet these guidelines.”

Those on the right also play this game. Historically conservative legislators, PACs, and Republican groups have all gone on record repeating the misnomer that abortion is completely illegal in the State. One such group even blocked attempts by OUL to share the truth with fellow Republicans and prevented comment at a meeting where abortion was a focal point.

In stark contrast the Oklahoma Constitution newspaper has not shied away from the truth, and thus far it has been the only periodical in the State willing to print the truth. We have a long way to go to inform the voting public about the abortion battle before us.

Throughout the summer and fall we have been surveying Oklahoma citizens to find out if the typical grassroots activist understands abortion law in Oklahoma. We have asked at GOP county meetings, church fellowships, Sunday school classes, homeschool co-ops, and religious campus clubs. Out of more than one hundred survey participants, not one gave an accurate explanation of which abortions are unlawful and which abortions are lawful in the State. In fact, all answers were vague; no one could provide details. Often, two friends in a Christian audience offered contradicting perceptions. The average voter believes that abortion has already been abolished and the battle is over, even though this is dramatically and demonstrably false.

The abortion industry has not been shut down; it has merely changed how it does business. The data, the trends, and the current laws all indicate that the number of abortions committed in Oklahoma will remain similar to past levels and will likely continue rising. At the same time, our politicians will pretend that there is nothing to see here. As of this writing, there are no pro-life, red States, in contrast to pro-choice, blue States. There are only States in which murder by abortion is more or less legal.

Three days after receiving the phone call from the OSU student, OUL Director John Michener attended a luncheon where Governor Kevin Stitt was the speaker. During his presentation the governor announced that “abortion is illegal in the State of Oklahoma.” After the meeting, Michener shared the OSU story with the governor, making it clear to him that the killing was legal, and asking him to call for closing the loophole. The governor grimaced and thanked him for the information. Since that time, we have seen a special session of the Oklahoma Legislature to dole out hundreds of millions of dollars in federal handouts, but no movement to offer equal protection to our preborn neighbors.

Our magistrates and the media have already convinced the public that the abortion battle is over in Oklahoma. Now, with the bloodshed moved to private homes and bathrooms, out of sight and out of mind, the new abortion normal could be on its way to becoming entrenched.

Pray that the hearts of our elected officials will be softened for the unprotected victims of Oklahoma’s ongoing abortion genocide. Communicate to them that God expects and demands that they establish equal protection and a true right to life for every preborn Oklahoman.