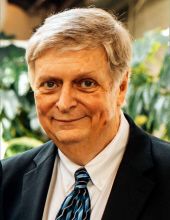 Oklahoma lost one of its greatest conservative Christian and constitutionalist champions on August 29 with the passing of Charley Biggs, the long-time publisher of the Tulsa Beacon newspaper.

After several stints as a journalist for several publications, the Tulsa Nathan Hale and University of Oklahoma graduate, invested his savings in launching a conservative, Christian-oriented newspaper in April 2001. Soon after this, he became a regular guest on a Tulsa radio show. Eventually, he became the co-host, then the primary host, re-naming the show Tulsa Beacon Weekend.

He leaves behind his wife of 40 years, Susan, and three children, Brian; Josiah; and Sarah Elizabeth. He trusted Christ as Savior at a young age, and was active in the Baptist Student Union at the University of Oklahoma, where he received a degree in journalism. He was also involved in the Navigators.

After college, he worked for the Tulsa World, then owned the Glenpool Post before he sold it to Neighbor Newspapers.

The Beacon announced that it would not publish on September 15 and September 22. They said in the last published issue that they will “assess how we are going to continue in the weeks and months ahead.”