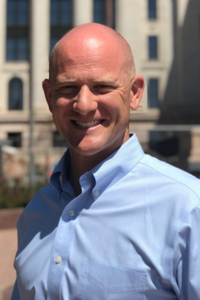 A Special General Election was held on April 6, 2021 to fill a vacant seat in the Oklahoma Legislature. A special election became necessary to fill the State Senate District 22 seat after Sen. Stephanie Bice (R-Edmond) was elected to represent Oklahoma’s 5th Congressional District in the U.S. House of Representatives on November 3, 2020. Her resignation was effective on December 31, 2020.

Bice was elected to the state Senate in 2014 and won reelection in 2018. The winner of the special election fills the remainder of Bice’s 4-year term, and the seat will come up again for election in 2022. Senate District 22 includes parts of north Oklahoma City, Edmond, Piedmont, and Yukon in northern Oklahoma County and eastern Canadian County.

There were two Republicans and two Democrats competing in the Special Primary Election on February 9 to determine the nominee of each party. The two Democrats were Dylan Billings, 31, of Edmond, and Molly Ooten, 31, also of Edmond. Ooten defeated Billings in the Democratic Special Primary. The two candidates running for the Republican nomination were Jake Merrick, 39, of Yukon, and Keri Shipley, 48, of Edmond. Merrick defeated Shipley, a legislative assistant for the Oklahoma House of Representatives, in the Special Republican Primary.

Merrick is a Pastor, Author, Life Coach, and Trainer (True Cross Training) providing leadership coaching and personal development to individuals and companies. He was one of the nine candidates, including Bice, competing for the Republican nomination for the 5th Congressional District seat in 2020. He received 2.55 percent of the vote in the June 30 primary election in that race.