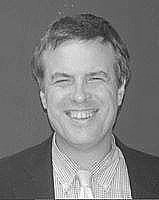 This is a noteworthy column. It is my 81st column. I began writing for The Oklahoma Constitution from Washington, D.C. in the spring of 2000. It has been a quarterly joy for me to sound off on things I believe to be important. I am profoundly grateful to the publisher, Ron McWhirter, and to the editor, Steve Byas, for allowing me to share my views with you these past 20 years. And I thank you, dear readers, for reading my columns.

Senator James Inhofe is running again, which is not news to the readers of this newspaper. In late February and early March, he aired a TV commercial of himself flying his plane upside down, making his pitch for yet another term. Senator Inofe is a great American. I want the Tulsa airport to be named after him. He is one of the best senators Oklahoma will ever produce...and he’ll be 86 this November. A Senate term is six years, which means he’ll be 92 when that term ends if he lives that long. I cannot support him. While he may be able to fly his plane upside down now, his age and ability to perform cannot be ignored. There is a good reason the military does not have middle-aged men in the infantry. Strom Thurmond of South Carolina and Robert Byrd of West Virginia were not at the peak of their mental abilities toward the end of their Senate careers, which meant their un-elected staffers had to make decisions for their elected bosses.

I know that many, if not most, of you will disagree with my analysis, but I want you to ponder this: how many of you want your elected leaders to serve for a time and then go back to their lives? Whatever happened to the quaint concept of the “citizen legislator?”

Therefore, I shall be voting for J.J. Stitt, who is running against Jim Inhofe. He is a rancher and gun shop owner in Kingfisher. Mr. Stitt is, politically, Jim Inhofe and is almost half his age. He is a distant cousin of Governor J. Kevin Stitt. It is possible that Governor Stitt may be appointing someone to Senator Inhofe’s seat in the future, should Senator Inhofe be reelected this November.

I was a long suffering constituent of Congressman Mike Synar, one of the most liberal congressmen ever elected from our state. He was able to stay in office for 16 years because most people in eastern Oklahoma still strongly identified with the Democrat Party. Then something happened. Bill Clinton of neighboring Arkansas was elected president, and the tide locally started to change. By 1994, Mike Synar was ousted by his own Democrats in the primary, and a Muskogee obstetrician, Dr. Tom Coburn, was nominated by the Republicans. A Republican from Muskogee? They had them there?

Tom Coburn was elected the second Republican from the Second District. Alice Robertson also of Muskogee, was elected in 1920. While in the House, Congressman Coburn fought for fiscal discipline, most of the time against his party’s leadership, which had taken control of the House and Senate. He earned the nickname “Dr. No” because he was often a no vote on fiscally bad legislation. He promised to serve three terms, and he kept his word, unlike Markwayne Mullin, who is in that seat now. In 2000 he left Congress, giving the money he had in his campaign warchest to Dr. Alan Keyes who was seeking the Republican nomination that year for the presidency and endorsing him. He returned to Muskogee, minding his medical practice.

In 2004, Dr. Coburn returned to politics, running to succeed Senator Don Nickles, who had decided to retire. Dr. Coburn was opposed in the primary by the state’s political class including Senator Jim Inhofe, who endorsed former Oklahoma City mayor Kirk Humphreys. Tom Coburn was too well known and respected throughout the state to be denied a seat in the Senate.

He would continue his fight for fiscal restraint from the well of the Senate for the next ten years as “Senator No.” In 2014, the cancer that would take his life six years later, forced him to take an early exit from the Senate. He had promised the voters to serve only two terms in the Senate.

Even out of Washington, Tom Coburn was engaged in the good fight for good government. In 2018, he was the spokesman for taxpayers concerned about the budget woes at the Oklahoma state capitol. His voice was badly needed at a time when our political class was in bed with leaders of big business and corrupt media plotting to raise our taxes instead of addressing the waste in state government.

He left this life on March 28th. I rarely think this of any politician, but it was an honor for me on a few occasions just to shake the man’s hand. May he rest in eternal peace.

One year ago last spring, I reported in this newspaper that the national debt had surpassed 22 TRILLION dollars. On March 27th, the House, in response to the Chinese Covid-19 virus crisis, voted to increase that debt by 10 percent. After much wrangling between the Republican majority and Democrat minority, the Senate voted on March 25th by a 96 to 0 vote to send the stimulus package to the House for final approval. Both Oklahoma Senators Inhofe and Lankford voted yes. Four members were not present: Kentucky’s Rand Paul, who was infected with Covid-19; Utah Senators Mike Lee and Mitt Romney, and South Dakota’s John Thune.

It can be argued that the Fifth Amendment in the U.S. Constitution permits the government to give people and businesses money when that same government is ordering those it deems non-essential to stay home, thereby not working and earning a wage due to the perceived need for social distancing. This need for distancing is a response to this contagion. There is no recorded vote on the stimulus bill in the House because it was done by voice vote. Kentucky Republican Congressman Thomas Massie wanted a recorded vote and was lambasted by colleagues. President Trump even took the side of the swamp creatures by calling Congressman Massie a “third rate grandstander” and said Massie should be opposed for re-election. Congressman Massie did not get the recorded vote he wanted and we deserved. Not even a fifth of the House members present, as required by House rules, would agree to a recorded vote. Congressman Massie is a hero and must be re-elected. Here is his campaign mailing address:

and if you want to donate via the web: https://www.thomasmassie.com/

President Trump signed the $2.2 TRILLION stimulus package on March 27. One can only imagine what Dr. Tom Coburn, who died a day later, would say about all of this.

“The gay community has infiltrated the very centers of power in every area across this county, and they weald extreme power. That agenda is the greatest threat to our freedom that we face today. Why do you think we see the rationalization for abortion and multiple sexual partners? That’s the gay agenda.”

Theodore J. King is an Oklahoma native. He spent the summer of 1994 at the Republican National Committee, worked at the National Right to Work Committee, and on the Hill in Washington D.C. In 1999 he worked for Congressman Kevin Brady of Texas and later at the Media Research Center in Alexandria, Virginia. He served as our Washington D.C. correspondent beginning in 2000 and continues since his return to Oklahoma. He also writes online for The Daily Caller (www.dailycaller.com) and is the author of The War on Smokers and the Rise of the Nanny State.

Theodore J. King is an Oklahoma native who graduated from Northeastern State University in 1996. He spent a summer at the Republican National Committee in 1994, worked at the National Right to Work Committee, and spent time working on the Hill in Washington D.C. In 1999, he was a temporary employee with Congressman Kevin Brady of Texas and later worked for the Media Research Center in Alexandria, Virginia. He served as our Washington D.C. correspondent for our From Washington page before returning to Oklahoma in 2001, and continues his reports with The Federal Page. He recently authored a book, The War on Smokers and the Rise of the Nanny State, which is now available through Amazon, Barnes and Noble, Books a Million and iUniverse. You may contact him at: theodoreking@juno.com

The Federal Page for Winter 2020

The Federal Page for Summer 2019

The Federal Page for Spring 2019

The Federal Page for Winter 2019

THE FEDERAL PAGE for Fall 2018

THE FEDERAL PAGE FOR SUMMER 2018

The Federal Page for Spring 2018