As I write in mid-January, we face the unprecedented prospect of a stolen Presidential election and the imminent investiture of a fraudulent, occupation government. Last November 3, President Trump handily accumulated a winning margin of victory throughout the evening, surpassing 2016. But after midnight the vote count mysteriously stopped in four large cities in the critical swing states of Georgia, Pennsylvania, Michigan, and Wisconsin. In Atlanta, Philadelphia, Milwaukee, and Detroit, all cities run by Democratic political machines, the Republican poll watchers were thrown out. Tens, even hundreds of thousands of fraudulent ballots suddenly appeared, all of them with statistically impossible margins of 90 percent or more for Joe Biden. Over the next few days, the votes Biden needed for victory were tabulated and certified.

We expect, of course, some amount of voter fraud in every election. For decades, Democrats have been notorious for systematic voter fraud in cities like Chicago. But there’s never been a coordinated, national effort on this scale before. This was not “politics as usual,” but a virtual coup.

How did we come so far, so quickly? The nation is now more divided politically than at any time since the Civil War. I believe the answer lies partly in the rise of the internet and social media. Before the internet, most of our social connections were not political, but arose out of interactions with friends sharing mutual interests, work, neighbors, or church. The subject of politics was usually avoided in polite conversations. But with the rise of social media such as Facebook and Twitter, people with a political bent naturally gravitated toward forming networks of individuals with similar beliefs. Points of views that we might have formerly moderated, instead became reinforced and strengthened. People moved away from the middle to the political extremes. The ancient specter of intolerance crept out of the shadows.

There are no more “liberals.” Genuine liberals share conservative beliefs in concepts such as democratic elections and free speech. These individuals are now virtually extinct. The Democratic Party is now for all intents and purposes a communist party. They are the party of rioters and looters. Democrats deny the history and heritage of our country. They rewrite it as an imaginary tale of oppression and exploitation. They do not accept the conclusions of twenty-five hundred years of Western political theory that embraces political and economic freedom. They seek endlessly to incite racial hatred and division. Their only credo is power, and they will stop at nothing to obtain it.

Who signs on to such a political philosophy? The ignorant, the unlearned, the resentful and the envious. As ignorance and hatred are more easily achieved than the intelligence and high ethics that characterize conservatism, success is guaranteed among a large segment of the population. Properly understood, Democrats are nothing more than criminals. They are hostis humani generis, enemies of human civilization. Once you accept this conclusion, it becomes obvious why Democrats want to “defund” the police. There can never be any compromise with such people. Left unopposed, they will destroy not only the nation but themselves as well. Witness the spectacle of Venezuela, a once prosperous nation destroyed by communism in a few short years. Indeed, communists have wreaked havoc in many countries around the world over the last hundred years.

The evidence of vote fraud on a scale to reverse the result of the last Presidential election is massive and overwhelming. In additional to the obvious statistical impossibilities, President Trump’s attorney, Rudy Giuliani, has collected a thousand sworn affidavits of vote fraud in six states. Yet the legacy media tell us that there is “no evidence,” none. This is the Nazi propaganda technique of the “Big Lie.” They cannot admit that there is any evidence of fraud, because that would raise the question of how much fraud. It would invite investigations, and call into question the legitimacy of the occupation administration. So they must deny its existence altogether.

There is a Constitutional remedy for voter fraud. State legislatures have the power to appoint electors to the Electoral College regardless of popular vote. This power comes directly from the US Constitution (Article 2, Section 1). It cannot be superseded by any state statute or constitution. In McPherson v. Blacker (1892), the Supreme Court declared that the power of state legislatures to appoint electors is “plenary,” meaning it is essentially unlimited and absolute. Unfortunately, although Republicans hold majorities in the state legislatures where fraud changed the outcome, they did not choose to override the fraudulent vote. It is apparent that these states share a common problem with Oklahoma: a lot of the Republican legislators are RINOs (Republicans-in-name-only). As Oklahoma became increasingly dominated by the Republican Party over the last few decades, many of the people who would have formerly run as Democrats simply changed their party affiliation to Republican without changing their political beliefs. Most of these people are only interested in the power and prestige that comes from holding an elected office. They would sell out their own grandmother if it advanced their career.

As I write, it seems likely that a fraudulent President will be inaugurated on January 20, and we will be under occupation. If this occurs, there must be resistance. Any resistance must be peaceful and legal. The greatest danger is that of overreaction. The assassination of Julius Caesar precipitated the end of the Roman Republic, the very event the conspirators sought to prevent. Nor is secession a viable option. It’s been tried before and failed. If any state or group of people should secede, it should be the communists who disagree with our constitutional system, not the patriots who seek to preserve it. Violent acts will merely provide a pretext for further illegal encroachments and acts of tyranny.

The boot of tyranny is already coming down, fast. On Friday evening, January 8, there was an unprecedented attack on free speech by the corporate monopolies that control the internet and social media. Twitter permanently closed President Trump’s account, removing his ability to communicate with 88.5 million followers. The rationale they released for doing this read as if it had been written by an insane person. Facebook and Instagram also blacklisted Trump, as did scores of other social media platforms. People immediately turned to Parler, a free-speech alternative to Twitter. Within 48 hours, Parler was also taken down. Amazon booted Parler off their computer servers. Apple and Google removed the Parler application from their stores. Most disturbing of all was the rhetoric describing Parler’s free speech policy as “right wing extremism.”

Project Veritas released a film depicting a person identified as a “mid-level staff attorney” at PBS declaring that “Americans are so (profanity deleted) dumb.” The man then went on to promise “if Biden wins, we go for all the Republican voters, and Homeland Security will take their children away...and we’ll put them into reeducation camps.” Anyone who thinks this is just empty rhetoric might be startled to learn that it’s happened before. In 1685, King Louis XIV revoked the Edict of Nantes that guaranteed religious freedom for Protestants. Catholics and secular authorities removed children from the home of Protestant parents and sent them to Catholic boarding schools. The parents were sent a bill for their child’s room and board.

Where do we go from here? I don’t know. History must be our guide, but at the same time we must be mindful of drawing false analogies. History never repeats itself exactly. Our situation is somewhat analogous to that of the colonists who resisted British tyranny, but there are many differences. According to the Declaration of Independence, our ancestors tolerated “a long train of abuses and usurpations.” They sought repeatedly to achieve a peaceful resolution with the mother country. Even after hostilities began, Congress sent the Olive Branch Petition to King George. It was rejected, but at least they tried.

We must work locally. I believe that elections are still free and fair in Oklahoma, as well as most other places. Just because Democrats in a few large cities engaged in wholesale election fraud is no reason to stay away from the polls. Communication is essential. Leftists know this, which is why they are making a concerted (and so far, successful) attempt to cut off our lines of communication. Everyone who has not already done so should join the Oklahoma Second Amendment Association (OK2A) and sign up for OK2A’s text alert service. OK2A has always been, first and foremost, a liberty organization, not a gun rights group.

If there is any point of resistance, any flashpoint, it will be when they come for the guns. Anticipating the inevitable, our ancestors prepared by stockpiling arms in the villages of Lexington and Concord outside Boston. They endured endless abuses, but the one thing they would not stand for is to be disarmed. This point is supported by thousands of years of historical experience. Surrendering arms never buys peace, it only makes resistance more difficult. Disarmament only facilitates enslavement. We must never give up our weapons. This line must never be crossed. Our rights are guaranteed under law by the Second Amendment. Any attempt to register, confiscate, tax, regulate, or infringe in any way, on our right to keep and bear weapons in common use, is an illegal act.

Deming is professor of Arts & Sciences at the University of Oklahoma. 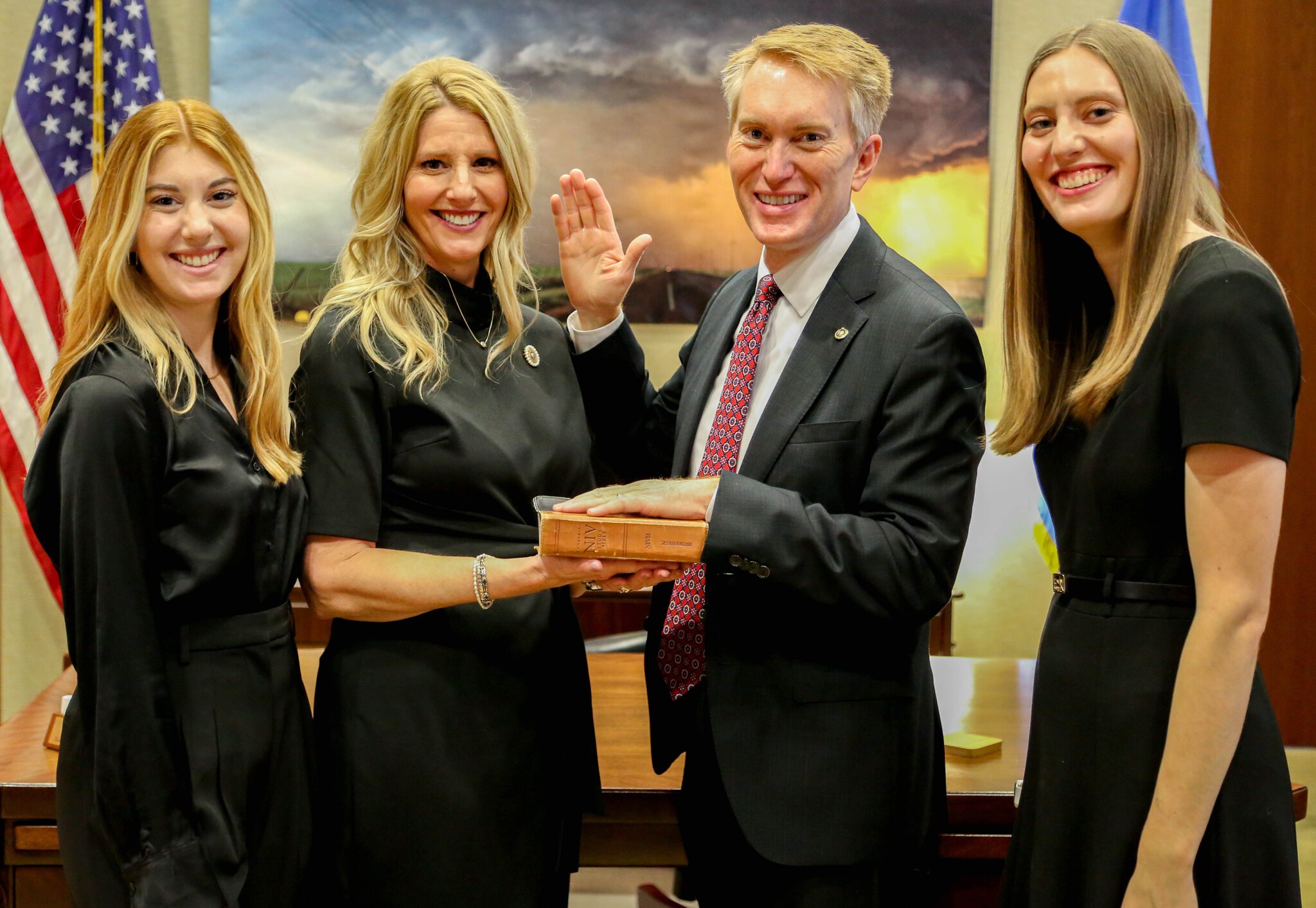 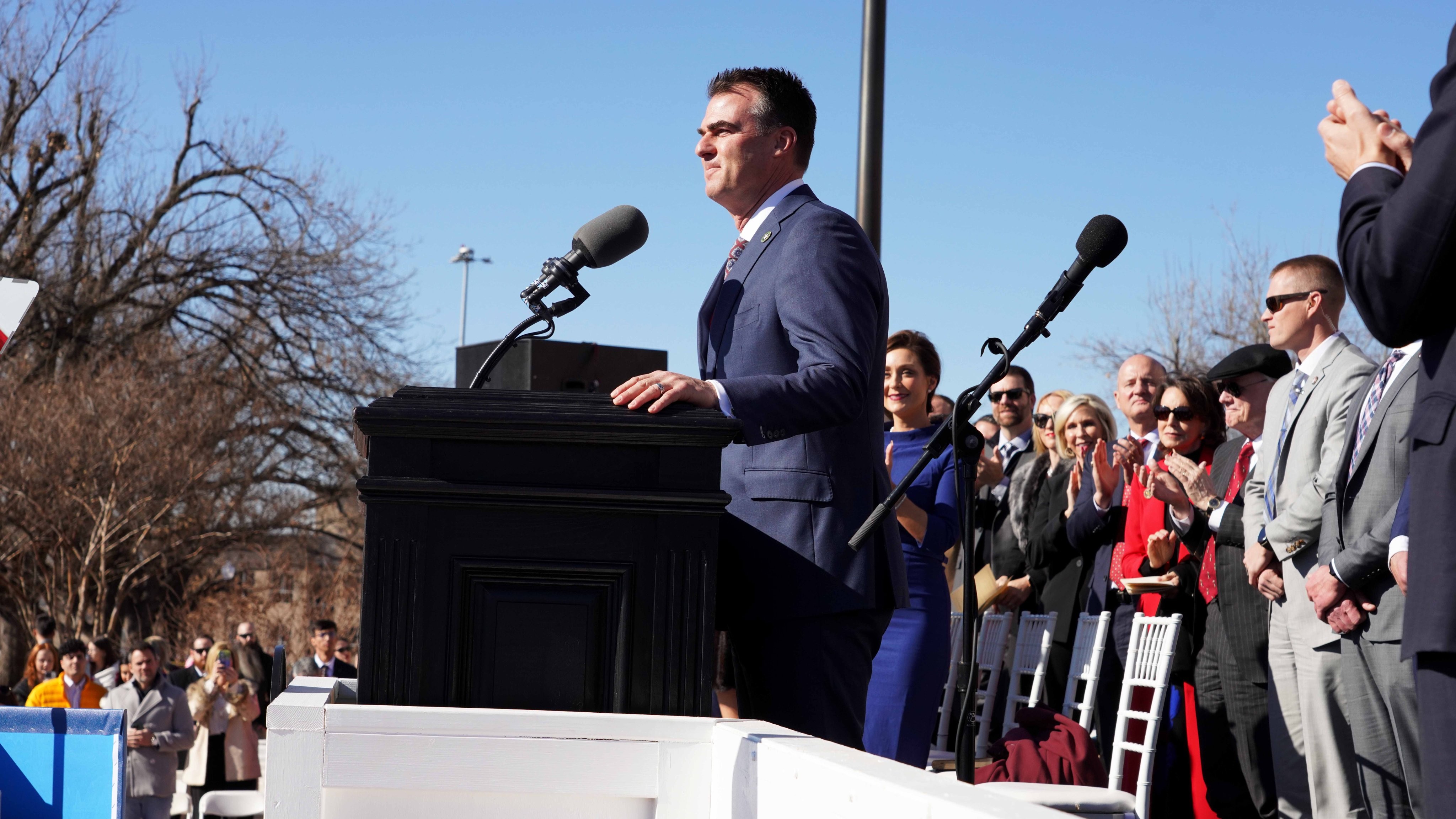 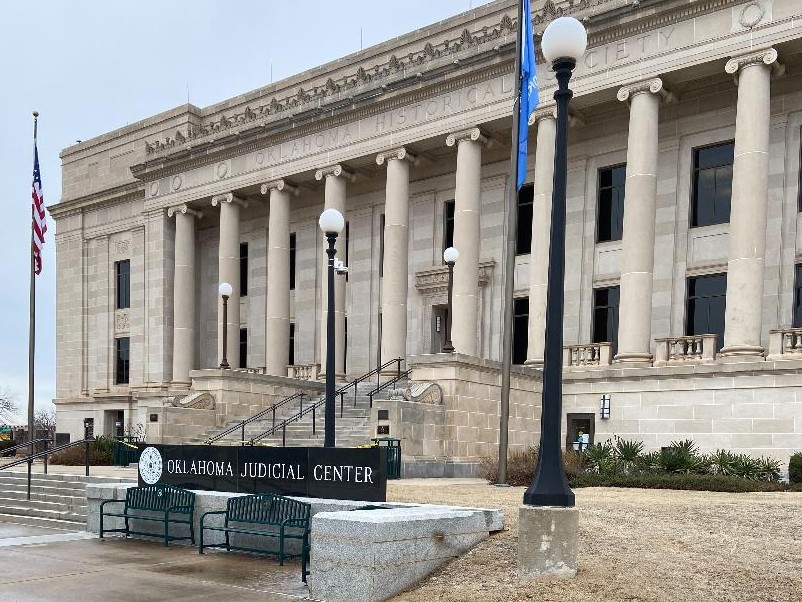