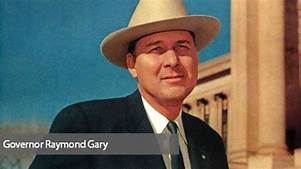 Many years ago, I interviewed former Governor Raymond Gary by phone, and in the course of the conversation, I asked him what he considered his greatest achievement as governor of Oklahoma. Without hesitation, he answered, “The peaceful desegregation of the public schools in Oklahoma.”

Gary was elected in 1954, the same year that the U.S. Supreme Court handed down its famous Brown v. Board of Education decision, ruling that the 14th Amendment of the U.S. Constitution made de jure (by law) segregation in public schools illegal. The decision was met with stiff opposition, defiance, and sometimes even violence in some places of the country.

Gary was determined that Oklahoma would have none of that. As he saw it, one of the reasons that violence erupted was that many held that this profound social change was being implemented by force. He reasoned that if the people of Oklahoma themselves voted to end public school segregation, it could be achieved peacefully.

The problem was that Oklahoma had two separate financing mechanisms for their schools – one for “white” schools, and a different one for “black” schools. Amending the state’s constitution, adopted in 1907 when segregationist efforts were at their peak, would require a statewide vote. Gary proposed that a “Better Schools Amendment” be enacted to end this separate financing, which would ease the transition to a public school system which would not be segregated.

During the next few months, Gary set the example, refusing to attend any segregated events. He made 30 speeches across the state, urging the passage of the Better Schools Amendment. Gary’s political instincts proved correct, as the amendment was adopted by a 3-1 margin.

A devout Southern Baptist, Gary’s passion to end segregation was inspired by his Christian faith. “I have never understood how persons can call themselves Christians and believe God made them superior because they were born with a white skin.” He added that there would be no “separate but equal” rooms in Heaven. While governor, Gary was an active member of the Kelham Avenue Baptist Church in Oklahoma City, even participating in visitation night (when church members went to the homes of those who had visited in their services), and he even led a prison trustee working on the grounds of the Governor’s Mansion to Christ.

The state desegregated in stages over the next few years. In 1956, two perennial high school football powers, Capitol Hill (then all white), and Douglas (then all black), agreed to meet and play. Capitol Hill prevailed in the dying minutes, 13-6. The game was rather intense, but both sides came away with increased respect for the other side.

In Norman, Oklahoma’s legendary football coach, Bud Wilkinson, then in the middle of the historic 47-game winning streak, decided to offer a scholarship to a player from OKC’s Frederick Douglas High School, Prentice Gautt.

Gary had other achievements as governor, but ending segregation peacefully was his personal favorite. Because of Oklahoma’s constitutional restriction that a governor could only serve one term (changed later), he was unable to run again in 1958. He did make other attempts for public office, but was unsuccessful.

When he later ran for the U.S. Senate, his campaign put foreign aid in the cross hairs, arguing that it did little good for the United States, but was great for foreign dictators who got rich off the American taxpayer. Unfortunately, Gary lost that race, and he lost a race for governor in 1962.

Still, when I compile my list of best governors of Oklahoma, I would have to list Raymond Gary at the top.