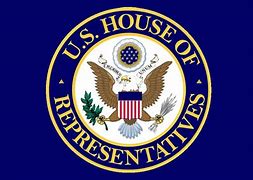 Following the 2020 U.S. Census, the Oklahoma Legislature made some modifications to the boundaries of the congressional districts. The new boundaries go into effect starting with the 2022 elections and will remain in effect through the 2030 elections.

The boundary changes following the 2020 U.S. Census modified the First District by shifting Washington County and eastern Wagoner County from the First Congressional District to the Second. And the portion in eastern Creek County was expanded to include Sapulpa. All of Tulsa County and a small part of western Rogers County remain in the district. The adjustments were necessary following the increase of population in the Tulsa metropolitan area, which is the bulk of the district.

Incumbent Republican Kevin Hern, 60, is running for reelection. He was first elected to the seat in 2018, and was reelected in 2020. He is the owner of KTAK Corporation which owns and operates 24 McDonald’s restaurants. Hern was reelected in 2020 with 63.70% of the vote.

Hern was not challenged for the Republican nomination, but will face a Democrat and an independent in the General Election on November 8.

The only Democrat to file was Adam Martin of Tulsa. Martin, 26, grew up in Wagoner and graduated from Oklahoma State University in 2020with a degree in history.

Independent candidate Evelyn Rogers, 69, of Tulsa is a college librarian at Tulsa Community College and has been a perennial candidate. She ran for the U.S. Senate in 2008 and 2014, and seven times for a seat in the U.S. House, including the First District in 2020 where she received 3.62% of the vote in the General Election. She has also run for a seat in the Oklahoma Legislature. She has never been elected to office.

The Second District covers most of eastern Oklahoma, stretching south from the Kansas state line to the Red River border with Texas. As a result of the 2020 U.S. Census, the boundaries around the First District were modified as previously described.

Markwayne Mullin is not running for another term, choosing instead to run for the open U.S. Senate seat being vacated by Senator Inhofe. With the Second District seat open for the first time in a decade, a flurry of candidate filed for the seat. Sixteen candidates including 14 Republicans, one Democrat and one independent, filed for the open seat. The list includes six former or current members of the Oklahoma Legislature.

Avery Frix, 28, of Muskogee finished in first place with 14.74 percent of the vote. He has been a member of the Oklahoma House since 2016. He has a cumulative average score of just 58% on the Oklahoma Conservative Index published by the Oklahoma Constitution newspaper. He comes from a long line of builders dating back to his great-grandfather, who started Frix Construction in 1940. In addition to working in the family construction business, he is also the owner of Oxford Productions, a tourism and facility management company.

Josh Brecheen, 42, of Coalgate finished slightly behind Frix with 13.75 percent. He was a member of the Oklahoma Senate from 2010 to 2018. During his eight years in the Oklahoma Senate he had a cumulative average score of 82% on the Oklahoma Conservative Index. He made the Top Conservative Legislators list most of those years. Before his election to the Legislature, he was on the staff of former U.S. Senator Tom Coburn. He has also owned a quarter-horse breeding operation.

Johnny Teehee of Vian finished in third place with 12.95 percent. He is the current the Chief of Police in Muskogee. He is also a high school football position coach for Vian High School.

John Bennett of Vian resigned as chairman of the Oklahoma Republican Party after filing for the open seat. He finished in fourth place with 11.33 percent. He was elected to the Oklahoma House in 2010 and did not run for reelection in 2018.

Guy Barker of Monkey Island at Grand Lake took fifth place with 10.98 percent. He is the secretary-treasurer of the Quapaw Nation.

Marty Quinn of Claremore received 7.29 percent. He is currently a member of the Oklahoma Senate and could not run for reelection this year due to Term Limits.

Wes Nofire of Park Hill received 6.32 percent. He is a member of the Cherokee Nation Tribal Council and was a professional boxer.

Chris Schiller of Muskogee received 5.34 percent. He is a pharmacist and the owner of Economy Pharmacy and founder of Kapsulations.

Dustin Roberts of Durant received 4.87 percent. He is currently a member of the Oklahoma House and could not run for reelection this year due to Term Limits.

Rhonda Hopkins of Rose received 1.67 percent. This was her second run for the Republican nomination for the Second District seat.

Clint Johnson of Tahlequah received 1.47 percent. He is a U.S. Marine Corps veteran who has worked as a Cherokee County Sheriff’s deputy.

Erick Wyatt of Kingston finished last with 0.80 percent. In 2014 he ran for the U.S. Senate and also made an unsuccessful race for the Oklahoma House in 2018.

The winner of the GOP Runoff Election will face a Democrat and an independent on the November ballot.

Naomi Andrews, 39, of Tulsa was the only Democrat to file. She is the First District vice-chairwoman for the Oklahoma Democratic Party. She has worked in communications and is currently the director of marketing and development for the Kingsley-Kleimann Group and executive director for the Center for Plain Language.

Long-time Congressman Frank Lucas, 62, of Cheyenne was first elected in a Special Election in 1994. He is the longest serving member among the current Oklahoma Delegation in the U.S. House, and is running for reelection. He is a former State Representative and runs a ranching operation. He was reelected in 2020 with 78.49% of the vote. He had two challengers for the Republican nomination, but secured the nomination with 61.13 percent of the vote.

Wade Burleson of Enid finished in second place with 30.62 percent. For thirty years, until his retirement in February, he was Lead Pastor of Emmanuel Baptist Church in Enid, which has a congregation of over 3,000 members. He also served two terms as President of the Baptist General Convention of Oklahoma. He is an author with published books and articles on American history and biblical theology.

Also challenging Lucas for the GOP nomination was Stephen Butler a Yukon businessman. He received 8.25 percent.

Congressman Lucas will face a Democrat on the November ballot. Jeremiah Ross, 38, of Bristow is a criminal defense attorney and was previously an Assistant Attorney General for the Osage Nation. He previously ran for a seat in the Oklahoma House, but lost in the Democratic primary.

The Fourth District covers much of south central and the southwestern parts of the state. There were no significant changes made to the boundaries following U.S. 2020 Census. Congressman Tom Cole, 72, of Moore is running for reelection. Cole was first elected to Congress in 2002. He previously served in the Oklahoma Senate 1989-90. He was reelected in 2020 with 67.79% of the vote. He had two challengers for the GOP nomination, but secured the nomination with 69.77 percent

James Taylor of Oklahoma City finished behind Cole with 26.99 percent. He previously ran for the seat in 2016, 2018, and 2020. Dr. Taylor, who is black, is the author of It’s Biblical, Not Political, which guides Christian voters on how to vet political candidates to ensure they will follow the Constitution and the intent of our Founding Fathers. Taylor was a U.S. History teacher in Oklahoma City Public Schools before being fired for refusing to comply with the district’s mask mandate. He has also been the senior pastor of Christ’s Church in Norman.

Also challenging Cole for the nomination was Frank Blacke of Oklahoma City. He received 3.25 percent.

For the last decade, the Fifth District has included most of Oklahoma County and all of Pottawatomie and Seminole counties. But, the redistricting made several adjustments to the district. Lincoln County and the southern part of Logan County, including Guthrie, were added to the district. Previously they were part of the Third District. And a portion of eastern Canadian County, including Yukon and Piedmont, were also added. Meanwhile a portion of south Oklahoma City and a part near downtown were shifted from the Fifth district to the Third.

The big news coming out of the 2018 Oklahoma congressional elections was the flipping of the Fifth District seat from Republican to Democrat when Kendra Horn defeated the incumbent, Steve Russell. Oklahoma had not had a Democrat in Congress since 2012. And, for the first time in state history Oklahoma had a Democrat woman to Congress.

Nine Republicans were competing in 2020 to return the seat to the GOP and State Sen. Stephanie Bice of Edmond secured the Republican nomination and went on to defeat Congresswoman Horn. Bice was elected to the Oklahoma Senate in 2014 and reelected in 2018. Although Bice was a moderate Republican, earning a 56% cumulative average on the Oklahoma Conservative Index for the six years that she had been in office, she has been far more conservative than the liberal Congresswoman Horn. Bice, 48, won the seat in 2020 with 52.06% of the vote, and is running for reelection.

She was challenged for the Republican nomination in the June 28 election, but won with 68.36 percent of the vote. Subrina Banks of Edmond received 31.64 percent against Bice. Banks is owner of LUX Real Estate Group. She also hosts a YouTube show called Me, Myself and Liberty.

Democrats have their sights on recapturing the seat. But, the recent boundary changes will make it more difficult to flip the district as they did in 2018. The areas added to the district tend to vote Republican, while the areas removed tend to vote Democrat. One Democrat filed for the seat.

Joshua Harris-Till, 32, of Oklahoma City lists himself as a brand management consultant, but he has spent most of his adult life in Democratic politics. He got his start in politics working as an intern in former Congressman Dan Boren’s district office. He was elected president of the Young Democrats of America in 2019. He ran unsuccessfully for Congress in the Second District in 2014 and 2016, losing to Congressman Markwayne Mullin. In the 2016 race he received 23.2% of the vote.

There will also be an independent candidate on the November ballot, David Frosch, 36, of Oklahoma City.