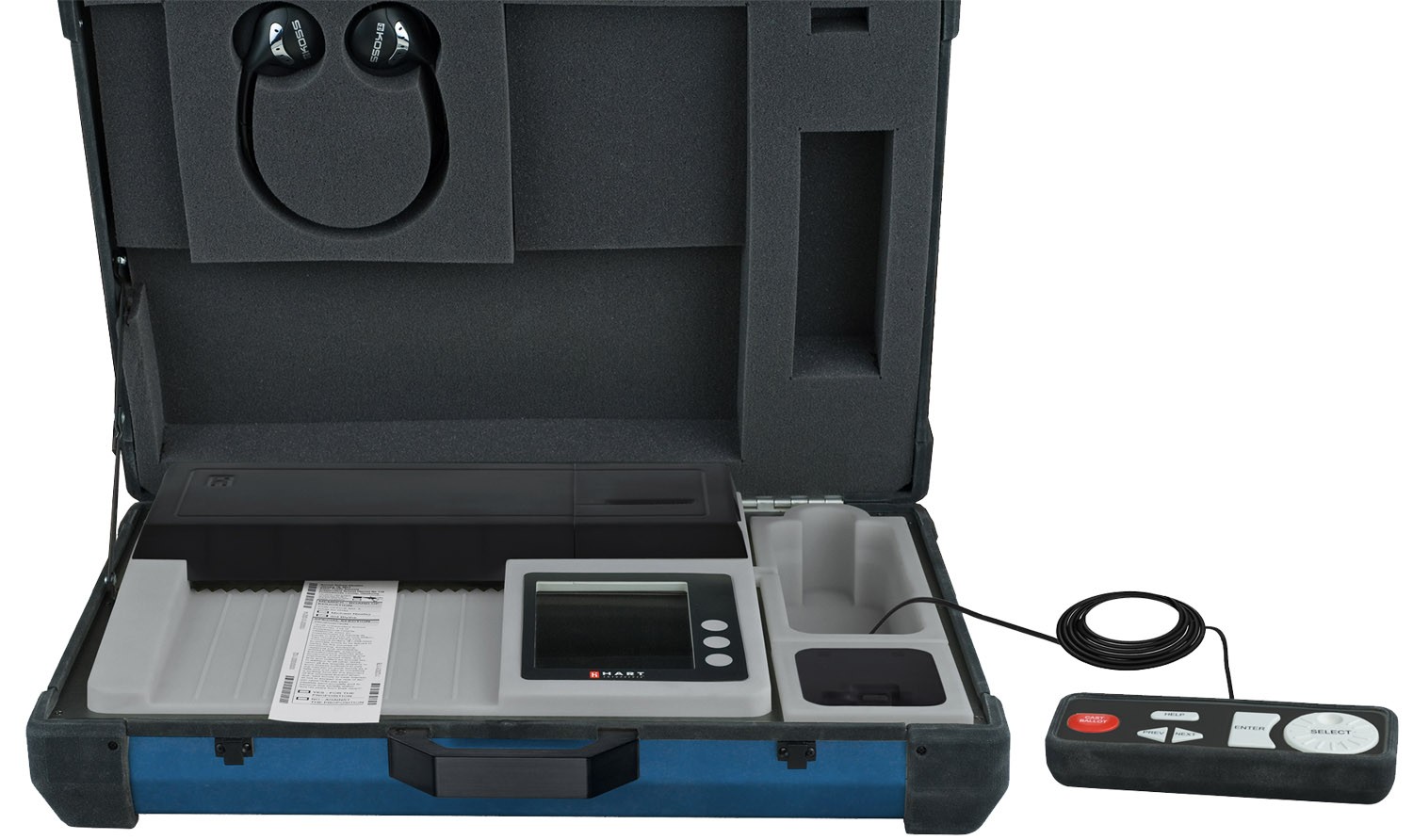 Many Oklahoma voters may be surprised by the presence of a number of appellate court judges on their ballot. There are nine on the November ballot. The Oklahoma Supreme Court, Court of Criminal Appeals and Court of Civil Appeals are called “appellate courts,” because they hear cases that have been appealed, and judges on these courts are thus called “appellate judges.” Perhaps even more perplexing to voters is that the judges on the ballot have no opponent and voters only have the option to oust the incumbent.

Oklahoma went to its present system for appellate court elections back in the 1960s, following a scandal involving Supreme Court justices who were either convicted, impeached, or resigned following accusations of accepting bribes in exchange for their vote on a decision. At the time, judges of the appellate courts were elected by popular vote, much like a race for governor or the state legislature.

Billed as a response to stop another such corruption scandal, voters now have no direct say on who is selected for these positions. When there is a vacancy on the court appellate judges are appointed by the governor from a list of three names provided by the Judicial Nominating Commission. If a vacancy occurs before their six-year term is complete, a person is named through the process to fill out that term before facing a retention vote. At the end of their terms, appellate judges wishing to remain in office must declare their candidacy for retention. When a judge seeks retention, the judge’s name is placed on the ballot at the next general election. The judge cannot openly campaign, and cannot be listed on the ballot by their political party. Voters can select “yes” to vote to retain that judge, or “no” to vote to not retain that judge.

Since the system was adopted, no judge has ever lost a retention vote. Judges usually get between 59 percent to 67 percent of the vote.

For now, we operate under the system in which all the voters can do is to vote to retain, or vote not to retain an appellate court justice.

Justice James R. Winchester was appointed by Gov. Frank Keating in 2000. He served as chief justice of the court from January 2007 to December 2008. A native of Clinton, he received his bachelor’s degree from OU and his J.D. from the OCU School of Law. After graduating from law school, he practiced law in western Oklahoma before being named associate district judge for Caddo County in January 1983. In December 1983, at age 30, he became one of the youngest district judges in the state when he was appointed by Gov. George Nigh as district judge for the 6th Judicial District of Oklahoma.

Justice Dana Kuehn was appointed to the Supreme Court by Gov. Kevin Stitt on July 26, 2021. Before being appointed, she was serving a two-year term as presiding judge of the Oklahoma Court of Criminal Appeals, to which she was appointed in 2017 by Gov. Mary Fallin. She is the first woman in Oklahoma history to serve on both courts of last resort. A native of Tulsa, she attended OSU, receiving a bachelor’s degree in political science. She received her J.D. from the TU College of Law in 1996. After graduating from law school, she was a felony prosecutor for 10 years with the Tulsa County District Attorney’s Office. She was an associate with the law firm of Steidley & Neal from 1999 until 2000. In 2006, she was elected associate district judge of Tulsa County. She served as chief of the Civil Division at Tulsa County from 2010 through 2012. Justice Kuehn is a member of the Choctaw Nation of Oklahoma.

Justice Douglas L. Combs was appointed by Gov. Brad Henry on January 1, 2011. He attended St. Gregory’s Junior College for one year on an athletic scholarship and then transferred to OU, receiving his bachelor’s degree in political science in 1973. He received his J.D. from the OCU School of Law in 1976. While in law he worked as a deputy court clerk for the Oklahoma Supreme Court. After 1976, he served as an assistant attorney general for the state of Oklahoma under Attorney General Larry Derryberry. In 1977, he returned to his hometown, Shawnee, and entered private practice as an associate with the law firm of Henry, West & Sill. He remained in private practice as an associate and then a partner in the firm of Henry, West, Sill, Combs & Henry until 1982, when he opened his own law office in Shawnee.

Judge Stacie L. Hixon was appointed by Gov. Kevin Stitt in March 2020. She grew up in Tulsa and attended OSU, where she earned a bachelor’s degree in German in 1996 and a master’s degree in political science in 1997. She earned her J.D. from the TU College of Law in 2002. Prior to her appointment she was a partner at Steidley & Neal PLLC, which has offices in Tulsa and McAlester. As a private practice attorney she focused on insurance defense, insurance coverage and bad faith litigation, major casualty, products liability, employment law and general civil litigation in state and federal court, with an emphasis on legal research, writing and appellate work.

Judge Gregory C. Blackwell was appointed by Gov. Kevin Stitt and was sworn into office August 9, 2021. He graduated from OU in 1999 with a bachelor’s degree in letters and a minor in linguistics. He received his J.D. from the OU College of Law in 2004. Immediately upon graduation, he served a one-year federal clerkship with Judge Michael Mihm in the Central District of Illinois. He then joined the United States Department of Justice as a trial attorney in Washington, D.C., where he defended the United States and numerous federal agencies in complex environmental litigation. In 2008 he returned to Oklahoma, where he served in the land department of a local oil and gas company and then as head of appellate litigation at a mid-sized law firm in the Oklahoma City metro. Immediately prior to his appointment, Judge Blackwell was honored to serve on the staff of Judge Bay Mitchell, who sits on the Oklahoma Court of Civil Appeals in Oklahoma City.

Judge John F. Fischer was appointed by Gov. Brad Henry in May 2006. He was twice elected by his fellow judges to serve as the court’s vice chief and chief judge, and he is currently serving as the court’s chief judge. He received his bachelor’s and master’s degrees from OU and was awarded his J.D. by the OU College of Law in 1975. After graduation, he served as an assistant attorney general for the state of Oklahoma. He was in private law practice from 1980 until 2006.

Judge Barbara G. Swinton was appointed by Gov. Mary Fallin on September 16, 2016. She was elected as district judge for Oklahoma County in November 2002 and served in that capacity until 2016. Prior to her election as district judge, she served as a special judge from 1996 to 2002. She graduated with a B.S. in political science from OSU in 1982 and from Georgia State University School of Law in 1991. During her legal career, she practiced general civil and family law with Riggs, Abney, Neal, Turpen, Orbison and Lewis for four years. She also served as a trial attorney with David W. Lee and Associates for one year. She has served as vice chief and chief judge of the Court of Civil Appeals.

Judge Thomas E. Prince was appointed Gov. Kevin Stitt on December 18, 2020. He had served as a District Judge for Oklahoma County from 2012 to 2020. During his tenure as a district judge, the Oklahoma Supreme Court appointed him as the presiding judge of the State Multi-County Grand Jury, serving in that position from 2016 to 2018. He also was elected by his district court colleagues in Oklahoma and Canadian counties to serve as the vice presiding administrative judge for the 7th Judicial Administrative District from 2016 to 2018. He was then elected to serve as the presiding administrative judge for the year 2019. Prior to becoming a judge, he was in private law practice for 29 years.

Born in Idabel, Judge Prince earned a bachelor’s degree in political science in 1979 from Southern Arkansas University and in 1982, a J.D. from the OCU School of Law. He was appointed by three prior governors to the Oklahoma State Election Board, where he served as a member from 1999 to 2012. He also was a member of the Standards Board of the United States Election Assistance Commission from 2009 to 2012. While in private law practice, he served on a part-time basis as an Administrative Law Judge for the Oklahoma Merit Protection Commission, the Oklahoma State Department of Health and the Construction Industries Board.

While a conservative voter could use the strategy of voting to retain all of the judges picked by a Republican governor (and vote against those chosen by a Democrat governor), or could decide to vote them all out, and hope that the Gov. Stitt (assuming he is reelected) could pick a better judge, it should be stressed that the replacement would still have to have had the approval of the generally liberal Judicial Nominating Commission.