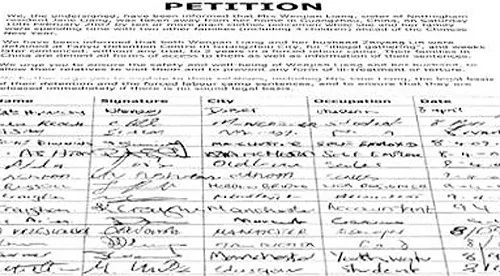 No State Questions on November Ballot

Oklahoma voters will not find any State Questions on the November ballot. Voters often find several, sometimes many, proposals on the ballot. Oklahoman’s have voted on over 400 State Questions since statehood. State Questions can be initiated by the Legislature with passage of a measure in both chambers, and does not require approval of the governor. Proposals can also be placed on the ballot through the initiative petition process by collecting the signatures of enough voters. The Legislature did not submit any legislative referendums this year. And, while four initiative petitions were filed with the Secretary of State, none completed the process in time to be placed on the ballot this year.

All four initiative petitions filed with the Secretary of State over the past year concerned the use of marijuana. One was withdrawn by the proponents and the others advanced and collected signatures. Proponents of the three initiative petitions had hoped to see their measures on the statewide the ballot, perhaps as soon as this year’s General Election on November 8.

In Oklahoma the number of valid signatures required on petitions to place measures on the ballot is based on the votes cast in the last General Election for the Office of Governor. A total of 1,186,385 votes were cast for the office of Governor in the 2018 General Election. Signature requirements for the various types of petitions are derived by applying percentages to the votes cast. A Referendum to keep legislation from becoming law requires 59,320 valid signatures (5%). An Initiative for a non-constitutional change requires 94,911 (8%) valid signatures. An Initiative for a Constitutional Change requires 177,958 valid signatures (15%). Signatures must be submitted within 90 days after the initiative is cleared for circulation by the Oklahoma Secretary of State.

With the approval of State Question 788 in the Primary Election on June 26, 2018, Oklahoma became the 30th state to allow marijuana to be legally used for medical purposes. There were 892,758 votes cast, with 57 percent voting in support of the proposal. There are now 36 states that allow some form of legal marijuana use. Most of the other states limit use to a specific list of qualifying medical conditions for which a doctor can prescribe medical marijuana. In contrast, Oklahoma’s measure leaves it to the doctor’s discretion. It also allows a higher amount of marijuana to be possessed by an individual than most other states. It is easier to get a medical marijuana license in Oklahoma than any other state.

According to the most recent figures (September 9, 2022) from the Oklahoma Medical Marijuana Authority, there are 2,374 licensed dispensaries, and 7,285 growers. With 382,143 patients holding medical marijuana cards, nearly one in 10 adults in Oklahoma have one. In its first year, Oklahoma’s medical marijuana industry went from nonexistent to one of the largest and most valuable cannabis markets in the nation. In 2021 Oklahoma dispensaries recorded medical marijuana sales of over $945 million, and could exceed $1 billion this year. SQ 788 established a 7% excise tax for retail medical marijuana sales. In 2021 the marijuana tax generated $66,173,758. An additional $83,265,745 in state and local sales taxes were also collected.

Petitioners Jed Green and Kristopher Masterman of Oklahomans for Responsible Cannabis Action (ORCA) sponsored two of the marijuana initiative petitions. State Question 818 would create the Oklahoma State Cannabis Commission to replace the Oklahoma Medical Marijuana Authority to regulate cannabis, hemp, marijuana and plant based medicine. They also filed State Question 819, which would grant a constitutional right to use marijuana for persons 21 years of age and older. It included a 15% tax on retail marijuana sales, except for persons with a medical marijuana license. It anticipated potential future federal legalization of marijuana by including a 3% wholesale export tax. Surplus revenue beyond regulation would be used to pay for education, local and military veterans mental health programs, programs for families with disabled children, rural water infrastructure, law enforcement training, research, marijuana waste dean-up, and agricultural damage insurance.

The two proposals were approved for signature gathering beginning on May 24, 2022, with signatures due by August 22, 2022. However, the effort was abandoned in August after supporters determined they would not be able to collect enough signatures. Since both questions would create constitutional changes, which would make it more difficult for lawmakers to change the laws, they needed to gather 177,958 valid signatures. ORCA said they might make another attempt next year.

Another petition concerning marijuana use gathered the required number of signatures, the signatures were validated, and cleared the Oklahoma Supreme Court. However, the precess was not completed before the deadline to be placed on the November ballot.

Petitioners Michelle Diane Tilley Nichols and Michelle Anne Jones – Oklahomans for Sensible Marijuana Laws – filed two versions of initiative petitions for State Question 820 and State Question 821 to legalize adult-use of marijuana. They withdrew the initiative for SQ 821 on March 29. The initiative for SQ 820 was challenged in the Oklahoma Supreme Court, but the challenge was dismissed, and the initiative was cleared for signature gathering on May 3, 2022, and the signature submission deadline was set for August 1, 2022.

State Question 820 would operate alongside the medical marijuana program regulated by the Oklahoma Medical Marijuana Authority. The proposal would legalize adult-use for Oklahomans 21 and older. It would levy a 15% excise tax (medical marijuana would continue at 7%) on adult-use sales. The tax revenue would be split among Oklahoma’s General Revenue Fund, local governments with adult-use dispensaries, school districts, the court system and drug treatment programs. It also includes a process for Oklahomans with past marijuana convictions to clear their records, if the convictions were for violations that would be legal under the measure. Since it is a statutory measure and not a constitutional amendment, its provisions can be changed by the Legislature with approval by the Governor.

On July 5, 2022 the group submitted 118 boxes of signed petition pamphlets with more than 164,000 signatures. On August 22, the office of the Oklahoma Secretary of State notified the Oklahoma Supreme Court that it had certified 117,257 of the signatures. That number was more than the 94,111 needed since the initiative is a statutory measure and does not call for a constitution change. The ballot title review by the Attorney General’s office determined it did not comply, and the AG’s office rewrote the ballot title. The next step was for the Secretary of State’s Office to publish notice for the required 10-day protest period. However, since August 29 was the deadline to get it on the November ballot, there was no way, even without protests, for the measure to receive an executive proclamation from the governor in time.

Supporters of the measure asked the Oklahoma Supreme Court to put the question on the November 8 General Election ballot even though the deadline would be passed. In a brief, supporters alleged that delays by the Oklahoma Secretary of State’s Office in counting the signatures caused the deadline to be missed. Typically, the signature verification process has taken two to three weeks, but this time it took nearly seven weeks. However, beginning with this petition, the Secretary of State’s Office introduced a more intense process using a private vendor, Western Petition Systems, to verify the signatures. Unlike the traditional process, the new process actually verifies that the signatures are those of registered voters as required by an updated law approved in 2020.

On September 21, the Oklahoma Supreme Court rejected challenges and declared that the State Question was ready for a vote. But, since the deadline for the 2022 ballot has already passed, it would be on the November 5, 2024 General Election ballot, at the latest. On October 18, Gov. Stitt signed an Executive Proclamation setting a Special Election for March 7, 2023.