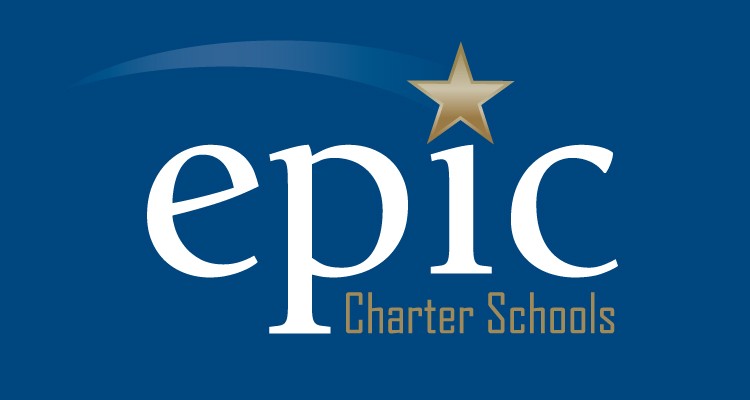 Founded in 2011, EPIC charter schools has grown from 1,700 students to 55,000 students and operates across the entire state.

The school board for EPIC Charter Schools’ One-on-One Charter approved and signed settlement terms proposed by the Statewide Virtual Charter School Board (SVCSB) at a special meeting on April 21. “We worked toward this settlement with one goal in mind: improve where we needed in the interest of continuous school improvement to better serve our 2,200 staff members and our approximate 55,000 students and families,” said EPIC Superintendent Bart Banfield. “Our team is now excited and ready to turn the page on what has been a turbulent chapter.”

Following the release of a special audit last October, opponents of EPIC Charter Schools went to the State Virtual Charter School Board (SVCSB) to have EPIC’s contract with the state terminated. In a 3-1 vote, the board decided to begin the process of terminating the contract. EPIC is a free public charter school for grades Pre-K-12th. Founded in 2011, EPIC Charter Schools has grown from 1,700 students to 55,000 students and operates across the entire state. It is the largest school district in Oklahoma.

Oklahoma State Auditor and Inspector Cindy Byrd held a news conference on October 1 to announce the release of the first part of the “Special Investigative Audit” of EPIC Charter Schools. Byrd stopped short of accusing EPIC of fraud, but said, “what we found was very disappointing.” The 116-page report alleged a number of concerns regarding the school’s finances and how it uses the money it receives from the state to educate students. According to the audit report, a total of $458 million in state aid and federal funds has been disbursed by the State Department of Education to EPIC over the past six years.

Prior to the vote to begin termination of the contract, Banfield pleaded with the board to give EPIC time to dispute the claims in the audit. “Please do not act rashly by circumventing the pursuit of truth and take hurried action today that could throw this school year into even more pandemonium,” Banfield said. The action by the board only initiated the process of terminating the contract. According to the contract termination process, an administrative hearing would be conducted where EPIC would be allowed to defend itself.

After postponing the hearing four times, on April 6 the SVCSB voted unanimously to schedule the hearing for May 12-13. On April 13, EPIC released documents which it said show major problems with the investigative audit. They also announced they were changing the management and oversight of its Student Learning Fund which will make fund records public after July 1, and they also approved a proposed Consent Agreement to be sent to the SVCSB. On April 20, the SVCSB rejected the proposed agreement, but agreed to negotiations which led to the final agreement.

The audit, which covered fiscal years 2015 through 2020, was requested by Gov. Kevin Stitt in July 2019. EPIC came under scrutiny when a Oklahoma State Bureau of Investigation agent, in an affidavit for a search warrant, alleged that the founders of the charter school embezzled millions of dollars in state funds through an scheme involving the use of “ghost students” to inflate enrollment numbers.

EPIC operates mostly online with its one-on-one program is offered in 75 Oklahoma counties. EPIC’s One-on-One program pairs learning at home using a digital curriculum with regular, one-on-one and face-to-face instruction with an Oklahoma certified teacher. The one-on-one program includes access to a Student Learning Fund of $1,000 per student to be used in purchasing of curriculum and other approved educational expenses, including extracurricular activities such as sports, gymnastics, dance, and music lessons. EPIC also has Blended Learning Centers (BLCs) located in Tulsa and Oklahoma County. The BLCs are physical learning sites that students can attend each week and receive on-site, classroom instruction from certified teachers, as well as food service and before- and after- school academic enrichment programs.

The audit itself raised concerns for not following standard professional auditing practices. The Auditor and Inspector failed to provide a draft report with findings for review and comment by officials of the audited entity to help the auditors develop fair, complete, and objective report. And, it did not include a letter of response from the audited entity. The Auditor and Inspector’s office responded to this criticism by saying this was a “Special Audit” and therefore was not subject to any standards.

Shelly Hickman, a Superintendent for EPIC, issued a statement following the release of the audit report: “Yesterday, we witnessed pure politics on display. The State Auditor, an elected politician, stood behind a podium and a gaggle of reporters and told a story. This isn’t the first time we’ve been subjected to political scrutiny, nor were the allegations new. The findings were presented with over-the-top sensationalism guaranteed to stir up defenders of the education status quo because we are growing, and they are struggling.”

The prompt for the audit was the issue of “ghost students” and was mentioned in the audit. EPIC’s leaders took particular offense to Byrd’s allegation that the school’s method of counting the number of students is “a mystery.” Hickman responded: “When the auditor said that our student count is a mystery, we were floored. It isn’t a mystery. Our student count is calculated the same way all schools’ student counts are calculated – and then approved by the State Department of Education. We explained this to the auditor’s main staff person, Salesha Wilken, many times throughout this process, but she seemed unable to grasp the concept.”

Hickman noted that Wilken was not an auditor: “She’s a former reporter. Her LinkedIn page lists skills like public relations and graphic design. She’s a storyteller by trade, and we saw that on full display in this audit report, which weaves quite a tale. That tale is fiction, and the State Auditor used it to further what is a clear, personal anti public school choice agenda. That is apparent in her final thoughts section of the report.”

EPIC later released a 132-page report responding point-by-point to the allegations made in the audit report.

According to the audit report, EPIC exceeded the statutory five percent administrative cost cap as called for in the Oklahoma Cost Accounting System (OCAS) by $8.9 million and the school owed that money back to the state. In their response, EPIC explained “The State Auditor claims that employees with the words ‘Manager,’ ‘Director’ or ‘Supervisor’ in their job title should automatically be classified and reported as ‘managers’ in OCAS and therefore should be considered administrative regardless of what they actually do.” EPIC notes that the State Department of Education approved EPIC’s classification of employees, but is working to resolve the issue with the auditor. “Pursuant to the SA&I’s recommendation, the Schools will modify employee titles for all employees with the word ‘Manager’ or ‘Director’ or ‘Supervisor’ in their job title if they have no supervisory responsibility to avoid any confusion in the future.”

The audit report raised the issue of the large amount of funds, over $125 million, directed into the private management company called EPIC Youth Services (EYS) including $79.3 million deposited in the Student Learning Fund. The auditor complained they were not allowed to audit the use of those funds. And, Byrd’s report says EYS used Oklahoma state funding for its start-up school in California. EPIC acknowledged that EYS employees also did work for the California school, but that work had been invoiced at the time of the services, and payment has since been made.

In their response, EPIC noted that there were a number of concerns raised in the audit report that were not based on alleged violations of law: “Moreover, many of their findings have no basis in any violation of statute or regulation. For example, the State Auditor and Inspector warns that ‘Epic spent $2.48 million in taxpayer funds in less than three months on an advertising campaign.’ But there are no state laws prohibiting the use of school funds for advertising. The purpose of the advertising and related marketing efforts were to increase brand and community awareness to ensure that Epic Charter Schools are able to successfully recruit faculty and staff in the midst of a historic teacher shortage.” As EPIC noted, there is no state law prohibiting schools from advertising. In fact, the audit report admits that fact: “While there is currently no state law prohibiting the use of state appropriations by schools for advertising, the significance of an expenditure of this magnitude is questionable, especially in light of the consistent financial concerns surrounding public school funding.” So, according to the auditor, there was no violation of law, but the auditor did not agree how EPIC decided to spend the funds.

“While we have objected to the politicization of the audit and some of its findings, we have implemented many changes it recommended to strengthen our school and make our operations more transparent,” said Epic School Board President Doug Scott.

Outlined in the settlement agreement are action items including changes to the school’s relationship with Epic Youth Services (EYS), which previously served as a charter management organization overseeing day-to-day operation of the school. As a result of corrective actions made by the EPIC Board prior to the settlement agreement, all school personnel now report to the superintendent and the board, and EYS is no longer logistically or financially managing the school. In addition to making the Student Learning Fund records public, the agreement includes changes in the approval process for contracts and other expenditures, the creation of a new position of Assistant Superintendent of Finance, and changing the financial auditor used by EPIC.

The agreement will allow EPIC to continue serving the more than 35,000 students who are enrolled in the One-on-One Charter program, which serves students in 75 counties. Students in Tulsa and Oklahoma County are served in its Blended Learning Charter, which is not under the purview of the SVCSB and which also will continue to operate.