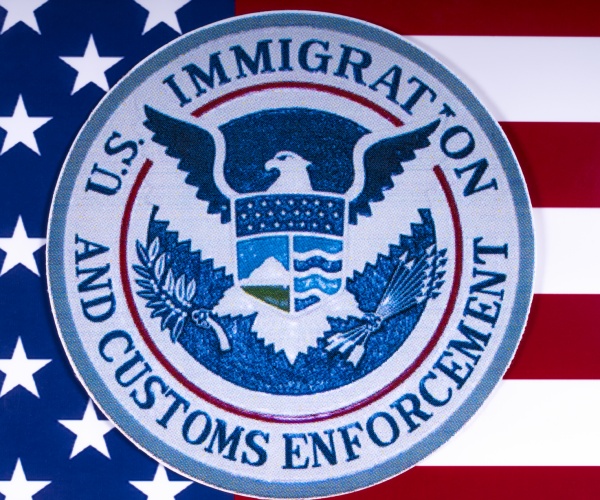 A bill has been passed by the Oklahoma Legislature and sent to the Governor that would require law enforcement officers and agencies to cooperate with federal government agencies in their duty of ridding the country of illegal aliens. House Bill 2774 would require all sheriffs, jailers, prison keepers, and their deputies to allow reasonable access to their detention facilities to the U.S. Immigration and Customs Enforcement (ICE) to identify inmates.

Those being detained under such federal requests must be informed of such action by the local agency. The bill does not apply to a detainee who can prove his or her U.S. citizenship.

The Senate approved the bill 38-9 on April 21, and was sent to Gov. Kevin Stitt for approval.

Senator David Bullard (R-Durant), who is the Senate sponsor of the bill, explained the need for the legislation. “House Bill 2774 was requested by law enforcement officers around the state to clarify their role in our nation’s ongoing illegal immigration crisis. We’ve seen too many situations where local law enforcement agencies have released illegal immigrants fearing legal action or just from simply misunderstanding their role in such situations. This bill clarifies that they are to comply with all federal immigration orders and work with ICE officials to bring these offenders to justice.”

Representative John Pfeiffer (R-Orlando) is the House sponsor of the bill. The legislation passed the House on March 9 by a vote of 76-18. The language of the bill makes it very clear that the Oklahoma wants to help ICE do its job in removing illegal aliens who are criminals from the state and the nation. “All sheriffs, jailers, prison keepers and their deputies who have custody of a person who is subject to an immigration detainer request issued by the United States Immigration and Customs Enforcement shall comply with, honor and fulfill any request made in the immigration detainer request provided by the United States Immigration and Customs Enforcement.”

The legislation also provides that the person who has been identified in the immigration detainer request be informed why he or she is being detained. However, if a person can provide proof of U.S. citizenship by an Oklahoma driver license or other identification card issued by the Oklahoma Department of Public Safety, or a state or federal government-issued identification, the law will not apply to them.

“All sheriffs, jailers, prison keepers, and their deputies, within this state, shall allow reasonable access to their detention to the United States Immigration and Customs Enforcement for the purpose of identifying inmates,” the bill states, adding, “As used in this section, ‘immigration detainer request’ means a federal government request to a local entity to maintain temporary custody of an alien, including a United States Department of Homeland Security Form I-247 document or a similar successor form.”

The Migration Policy Institute estimates that there are over 11 million illegal or unauthorized persons presently within the United States. Others believe that this number is a gross underestimate of the extent of the problem. While it may be impractical to immediately remove millions of persons presently in the country illegally, it is certainly in the interest of the state of Oklahoma, or any other state, to quickly remove all persons who have committed crimes, and are placing American citizens and other legal residents of the country in danger.

In fact, the U.S. Constitution, in Article IV, Section 4, states explicitly that it is the duty of the federal government to “protect each of them [the states] against invasion.” The text of the Constitution does not differentiate between armed or unarmed invasion. As such, it seems logical that the state of Oklahoma, or any other state, should direct its law enforcement officers to cooperate with federal agents attempting to fulfill this Constitutional obligation.

No one questions the logic of state law enforcement officers cooperating with federal agents in apprehending dangerous criminals. For example, it was an Oklahoma Highway Patrolman, not federal agents, who arrested Timothy McVeigh, who was later charged by a federal grand jury, along with “others unknown” in carrying out the bombing of the Murrah federal building in Oklahoma City on April 19, 1995. It was a county jail in northern Oklahoma that detained McVeigh until federal agents could pick him up. (The bombing came under federal jurisdiction because the action took place on federal-owned property – the Murrah federal office building).

Of course, there are times when the state could choose not to cooperate with federal officials, if, in the opinion of those state officials, the federal government is exceeding its authority under the U.S. Constitution. In this case, of course, protecting the states from invasion is a legitimate and constitutional federal function, and it is in the interest of the state to rid itself of criminals from other countries.

Perhaps Oklahoma’s legislation could provide a model for other states.