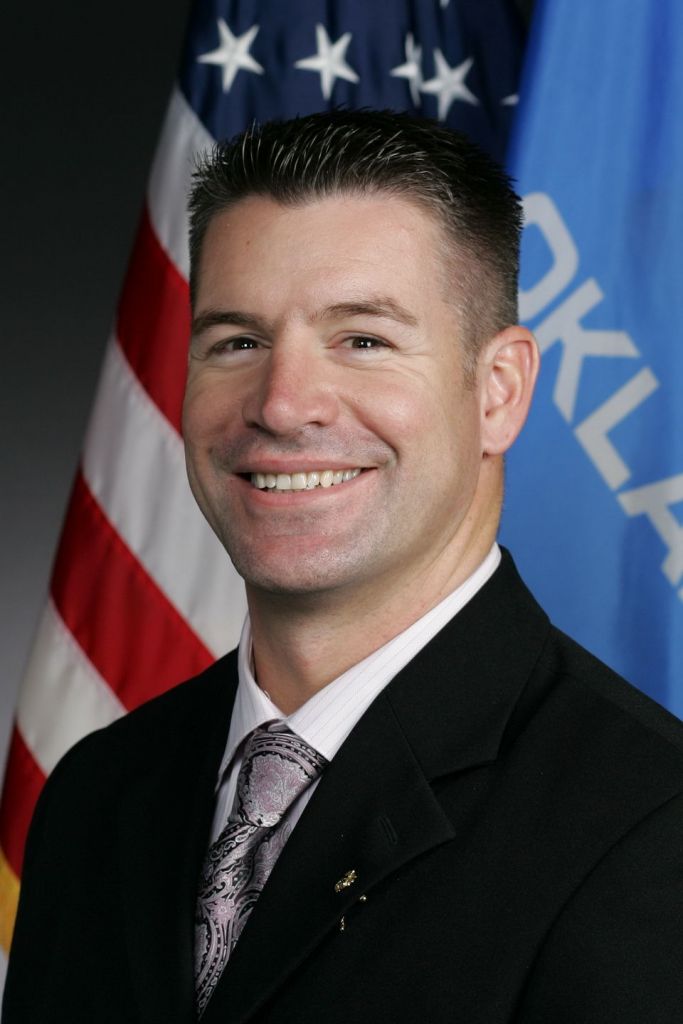 The 2021 Oklahoma Republican Convention was held on Saturday, April 10 in the newly completed Oklahoma City Convention Center. There were 1,279 delegates from across the state in attendance. The GOP biennial convention is held in non-election years to elect leaders, adopt rules, and approve a party platform in preparation for the upcoming election year.

Oklahoma Republican Party state chairman David McLain announced on January 15 that he would not be seeking another term. He was elected to the two-year term in 2019. In an email to Republican leaders, McLain noted some of the highlights accomplished during his administration including registering a record number of new Republicans, gaining seats in the state legislature, taking back the 5th Congressional District seat, and bringing in 65 percent of the vote for President Trump. Mike Turner, who was elected vice-chairman in 2019, resigned and was replaced by the Republican State Committee last year with Shane Jemison, who ran for election to the post at this year’s convention.

There were four candidates running for state chairman.

John Bennett of Sallisaw was elected to the Oklahoma House of Representatives in 2010 and did not run for reelection in 2018. During his eight years in the Oklahoma Legislature he had a cumulative average of 69 percent on the Oklahoma Conservative Index. Bennett served in the U.S. Marine Corps and remained on active duty for 14 years. He did tours of duty in both Iraq and Afghanistan. He has worked for a Sheriff’s Department as a part of the drug task force and has been the owner of a storm shelter business. He currently serves as the Pastor of Lee Creek Assembly of God.

Charles Ortega of Altus was elected to the Oklahoma House of Representatives in 2008 and served though 2020, when he could not run for reelection due to term-limits. During his twelve years in the Oklahoma Legislature he had a cumulative average of 55 percent on the Oklahoma Conservative Index. For 28 years, Ortega operated an automobile customization business.

Jenni White served as mayor of Luther and is a grassroots activist organizing in support of conservative causes. She is a former teacher who was an outspoken critic of the Common Core curriculum for public schools.

Christine Hirst-Leeveraphan is owner of a Housekeeping and Home Care Service company that cleans residential and commercial facilities. She is the Rogers County GOP Chair and head of evangelism at First United Methodist Church in Tulsa.

Shane Jemison from Wapanucka and David Van Risseghem from Tulsa were the two candidates running for vice chairman. In addition to holding the vice chairman position, Jemison also served as the National Committeeman of the Oklahoma Federation of Young Republicans and the Chairman of the 2nd Congressional District. Van Risseghem operates the conservative soonerpolitics.org website and has served in a number of party offices at the county level.

As has been the case in prior conventions, the morning session of the convention was comprised of appearances by various offices holders. U.S. Senator James Lankford only appeared on the stage to conduct the morning prayer. The longest presentation was by U.S. Jim Inhofe who spoke for about 45 minutes. Other members of the Oklahoma Congressional delegation took the podium for about 15 minutes each.

Meanwhile, the Credentials Committee struggled to certify the delegates and determine how the delegates in each county would be counted for the voting later in the day. Each county is allocated delegates based on the Republican vote in the last election. If a county has fewer delegates in attendance at the convention than the allocation for their county, each delegate could be able to cast as much as two votes. A delegate in a county with more delegates than their allocation is only able to cast a fractional vote.

The proposed rules included electronic voting. Delegates would vote using a smartphone, tablet, laptop computer, or other digital device. But, former state Representative Mike Reynolds led a an effort to return to the traditional method of convention voting using paper ballots. The paper ballots are collected in each county and counted by the county officers. A spokesman for each of the 77 counties then announces the vote for their county and that vote is entered on a computer spreadsheet displayed on screens at the convention. After a voice vote of the delegates was judged by the convention chairman to be unclear, a standing vote was held. Those standing in support of the electronic voting were judged to be in the majority.

Based upon the standing vote, it appeared that counties with a large number of delegates, such as Oklahoma and Tulsa counties, supported electronic voting, while many in the smaller counties were opposed. This is understandable since it is usually a major effort to collect and count the paper ballots in a county with several hundred delegates in those large counties, but a more manageable feat in a county with fewer delegates.

Apparently, the failure of the electronic voting was not the fault of Voter Science. In fact, the same system was used at the 2020 state convention which elected delegates to the national convention to nominate the party’s presidential candidate. However, due to the COVID-19 pandemic, that state convention was a virtual convention where all of the delegates participated over the internet using a computer or other digital device. The flaw this year was that numerous delegates were not prepared for the electronic voting. As one of our subscribers explained to us, she was not able to get the email with the link to the voting system because she cannot get emails on her phone – she gets emails on her computer which was at home. There were also issues such as a husband and wife sharing the same email, which only allowed one to login. In other cases the email may have gone to a spam folder, depending on their email provider.

Late in the afternoon, a chairman and vice chairman were finally elected using the paper ballots. John Bennett was elected chairman on the first ballot with 56% of the vote. Charles Ortega finished second with just under 24%, followed by Jenni White with over 17%, and Christie Leeviraphan with less than 3 percent. Shane Jemison was elected vice chairman with almost 60% of the vote, while David Van Risseghem garnered just over 40 percent.

As the evening approached, the convention attempted to proceed with other business, which included rule changes postponed from the previous two conventions, and an updated platform. But, as has been the case in previous conventions, the number of delegates dwindled and a quorum call found that less than half of the delegates were still present, and the convention was adjourned.

Oklahoma Democrats will meet virtually on Saturday, June 12th for their state convention. The convention will include the casting of votes for the Chair, Vice-Chair, Treasurer, Secretary, and State Affirmative Action Officers which will make up a portion of the Oklahoma Democratic Party Central Committee.