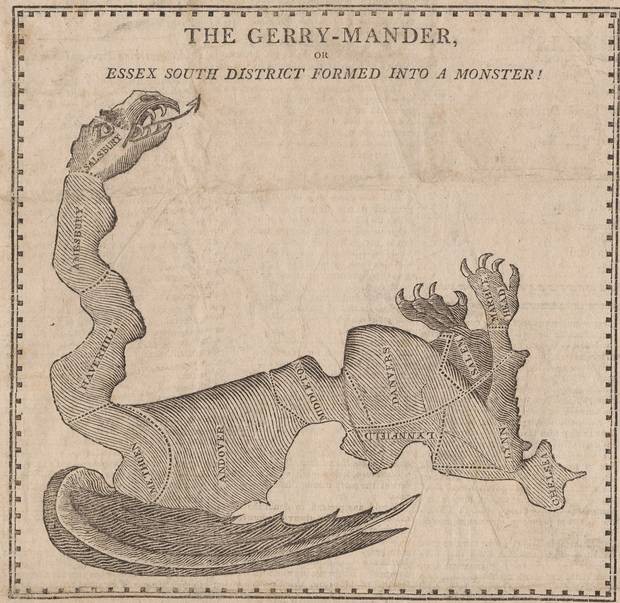 This is the year that the Oklahoma Legislature will, after receiving Census Data from the federal government, begin the process of redrawing both the congressional district boundaries and the state legislative district boundaries in the state House and the state Senate. Reapportionment is when Oklahoma and the other states are informed how many members we can send to the U.S. House of Representatives, based on the state’s population totals, compared to the other states.

While each legislative chamber engages in redistricting the seats for its members separately, the two chambers of the Legislature will work together for the redistricting of the state’s seats in the U.S. House of Representatives. Work began in 2020 and will be finalized through legislation considered in 2021. The redrawn district lines will go into effect for the 2022 elections.

Redistricting is the process by which the Oklahoma Legislature will use census data to redraw the boundaries for the five districts to which the state is entitled in the U.S. House of Representatives. Once the Legislature reconvenes, it will have 90 days to complete the process of redistricting. In October of 2019, Senate President Pro Tempore Greg Treat picked Senator Lonnie Paxton and Senator Dave Rader to the Senate’s redistricting committee. Treat also announce the hiring of Keith Beall, former chief of staff for Lt. Governor Todd Lamb as the Senate’s redistricting director.

In the House, House Speaker Charles McCall announced in September 2019 the House would create its redistricting committee in early 2020.

When Oklahoma entered the Union on November 16, 1907, it had five members of the U.S. House, but after the 1910 census it was determined that its growing population entitled the state to eight members. Oklahoma continued to gain in population, especially in the 1920s when the state was the Nation’s leader in oil production. But with the coming of the Great Depression and the Dust Bowl, Oklahoma lost population and lost congressional representation.

The state maintained six representatives in the House until after the 2000 census, when we dropped to five. It wasn’t that the state had actually lost population, but rather it had not kept pace with the percentage increase of some other states. Oklahoma narrowly avoided this fate following the 1970 census and the 1990 census. Following the 1980 census, the state was in the midst of the oil boom and there was no threat of losing any representation.

In the early years of the republic, as states gained in population, they gained in the number of representatives they sent to the House. This continued to be the case until well into the 20th century. Then, in 1929, Congress passed the Reapportionment Act of 1929, which capped the size of the House at its then size of 435. The concern was that the number of House members was going to soon outgrow the physical size of the chamber.

It did not take long after the rise of political parties for state legislators – whose party had control of a legislative body – to realize that they could draw new boundaries to the advantage of their party. During the second term of Governor Elbridge Gerry, the Massachusetts Legislature approved new state senate districts that led to the coining of the word “gerrymander.” One district was drawn in such an odd shape that someone commented that it looked like a salamander. Another person laughed and said that it was a “gerrymander.” That term has stuck to describe the drawing of congressional and legislative boundaries to the advantage of the party in power in the legislature.

One gerrymandering method is to place into one district (or in as few districts as possible) all of the population inclined to vote for the minority party as possible, so as to insure the victory of the ruling party in all of the other districts. In 1980, when Oklahoma had only one Republican out of six seats in our U.S. House delegation, the Democrats who ran the legislature decided to “stretch” the boundaries of Congressman Mickey Edwards, the lone Republican, from its previous Oklahoma County basis all the way to the Kansas border, giving him as many Republican voters as possible and thus keeping those Republican voters out of the remaining five districts. Republicans cried foul (except for Edwards, who liked the security of an overwhelming Republican district), to no avail.

This power to draw both congressional and legislative districts to the advantage of the party controlling the legislature has been criticized. Because of this, several state legislatures have given up or lost their gerrymandering power to so-called independent or so-called bipartisan redistricting commissions.

Now that Republicans are in control in the Oklahoma Legislature, it is the Democrats who yell the loudest about the supposed injustice of gerrymandering. A new group called People Not Politicians (PNP) spearheaded an effort to create a ballot initiative to create an “independent” commission for redistricting legislative and congressional seats in Oklahoma.

Moore argued that gerrymandering allows politicians to, in effect, “pick their own voters. That’s an election in reverse ... That’s not fair, it’s not right.”

The League of Women Voters, a supposedly “non-partisan” organization which usually takes the liberal side of political issues, also supports the idea of stripping the power of redistricting from the elected legislature and turning it over to a non-elected body instead. The proposal of PNP would create a nine-member “independent” commission and a three-member panel of retired judges.

House Speaker McCall responded to the proposal with scorn. “This petition is a solution in search of a problem in a state like Oklahoma that has not had problems with or successful lawsuits over its redistricting process.” He added that the PNP proposal would create a system “less accountable to voters.”

Senate President Pro Tem Treat was also critical of the proposal, saying, “Liberal politicians like [former] President Obama and his attorney general, Eric Holder, are using these kinds of proposals as a way to support radical progressive viewpoints in Oklahoma and other states. This is a redistricting coup not an attempt at fair maps. This is a power play by out-of-state liberals in an attempt to force an agenda on Oklahomans.”

The effort was spearheaded by the National Democratic Redistricting Committee (NDRC), chaired by Holder. The NDRC’s website says it is motivated to redraw maps to help Democrats combat Republican policies that include “assaults on women’s health, suppressing the vote for people of color, failing to address climate change, and refusing to stand up to the epidemic of gun violence.” (https://democraticredistricting.com/about/) The NDRC is seeking to replace legislative and congressional maps drawn by elected officials with maps drawn by an independent group.

The initiative petition was withdrawn by proponents on July 14, 2020. “Between the unnecessary lawsuits by politicians and delays due to the COVID-19 pandemic, we are unable to make the ballot this year, and have thus withdrawn SQ810,” said Andy Moore.

When the Constitution was adopted, it included many features insuring that the states would have considerable clout in our federal system of government. These included the Electoral College, in which the states elect the president, and a U.S. Senate in which each state, regardless of population, each chose two senators. Members of the House of Representatives are chosen from districts within the states, rather than being accountable to the rest of the country.

Unfortunately, with the adoption of the 16th Amendment (which allowed Congress to adopt a federal income tax, thus giving them the revenue to wield great power over the states) and the 17th Amendment, which stripped the power to elect senators from state legislatures, and other factors, state legislative power as been increasingly diminished.

The power to create U.S. House districts is one of the few powers that state legislatures actually still possess that gives them any degree of leverage over these federal officeholders. Unfortunately, many state legislatures have voluntarily given up this power to these unelected commissions. We heard very little about gerrymandering when Democrats dominated this process after the censuses of 1960, 1970, and 1980. This is a major reason that Democrats controlled the House for four decades, yet neither the Democrats nor their allies in the mainstream media had much of a problem with it.

But then, when the Republicans captured the House in 1994, and began to dominate many state legislative bodies, suddenly there is this faux “nonpartisan” concern about gerrymandering. Here in Oklahoma, the Democratic Party had no concern about gerrymandering until they lost control of the Oklahoma Legislature. But noting that Democrats are hypocrites is much like saying grass is green.

With Republicans enjoying such a large advantage in the state (such as their 82-19 margin in the House), it is unlikely that redistricting is going to make much difference in the Legislature. What will probably prove more interesting is what will be done with the fifth congressional district, which Democrat Kendra Horn managed to win in 2018, only to lose to Republican Stephanie Bice in 2020. The district, with its Oklahoma County base, has been slowly trending Democrat in recent years. Will the Republican-dominated Legislature opt to split up those Democrats into other districts, by placing some in the third and others in the fourth congressional districts, both of which vote overwhelmingly Republican?